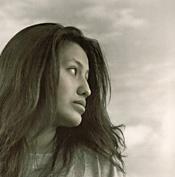 Learn more about A Seat at the Table

The seeds for A Seat at the Table were planted at the 1999 Parliament of the World’s Religions, where seven thousand spiritual leaders and scholars from around the world converged in South Africa, and a series of conversations took place between eight American Indian leaders and religion scholar Huston Smith. These conversations between Walter Echo-Hawk, Winona LaDuke, Frank Dayish, Jr., Charlotte Black Elk, Doug George-Kantentiio, Lenny Foster, Tonya Gonella Frichner, Guy Lopez, and Huston Smith are at the heart of this film and its companion book.

Learn more about Wiping the Tears of Seven Generations.

Praise for Wiping the Tears of Seven Generations:
"A stirring record of a spiritual ceremony to end a century of mourning and an authoritative insight into Native American history and culture."
-Variety

"A must see for those who want to see hope triumph over the black grief of seven generations."
-Native Peoples Magazine

"A film that could be the first of its genre to record - not rewrite - history from the Lakota perspective." -The Lakota Times

Praise for The Peyote Road:
"Co-directors Gary Rhine, Fidel Moreno, and Phil Cousineau weave another disturbing but not altogether hopeless saga of government insensitivity and outright duplicity with 'devastating consequences' to religious freedom... The Peyote Road convincingly and succinctly makes its argument: Native Americans are victims of a legal climate that's concluded there's 'too much freedom of religion.'" -The Hollywood Reporter 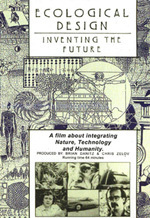 Phil Cousineau has more than 30 screenwriting, story consulting, and other credits in documentary films, which have won more than 35 international awards

An expert on mythology and film, the use of the "Hero's Journey" in screenplays, and the Overstory and Understory aspects of dramatic structure, Phil Cousineau consults on many types of film projects, from independent documentaries to big studio feature productions. In the past ten years, he has served as a story consultant on several projects for Warner Bros., Twentieth Century Studios, LucasFilm, and Pixar Studios. 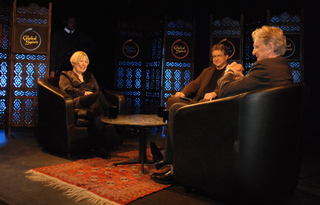 Phil Cousineau was host and co-writer of Global Spirit, an "internal travel" television series broadcast on local and world PBS-TV stations until 2018. The program offers insights into some of the deepest eternal questions, tracing our collective human journey in the quest for truth, wisdom and understanding. Global Spirit highlights the transcultural, transcendent dimensions of human inquiry, from the ancient or indigenous wisdom traditions to the latest insights in scientific knowledge. Programs features topics such as "The Spiritual Quest," "Forgiveness and Healing," "The Journey Towards Oneness," "Art and the Creative Spirit," "Earth Wisdom," and more. Each show features in-depth discussions with knowledgeable guests from around the world, together with compelling film segments or live performances. Guests include Deepak Chopra, Robert Thurman, Karen Armstrong, Joanne Shenandoah, Pico Iyer, Carlos and Cindy Blackman Santana, and more.

Phil Cousineau has been interviewed on CNN, PBS-TV, and The Discovery Channel. He was an on-camera expert for BBC-2’s Joseph Campbell: Hollywood’s Myth Master tribute, and the Fox Network special, Star Wars: The Legacy. Cousineau has also appeared on the Hallmark Channel, sharing his views on topics such as the soul of place and the creative fire, and has been interviewed for documentaries on important culturally mythic figures of our time, such as The Dalai Lama, Huston Smith, Daisetz Suzuki, and others.

Look for his expert commentary on myth and the movies among the special features and extra content on the DVDs of these Warner Bros films: Constantine, Double Indemnity, the deluxe Superman boxed set, The Natural, Wonder Woman, Justice League, and The Supernatural, The Arrow, and Batman, among others.

Filmmaking and Scriptwriting: The Hero's Journey and beyond 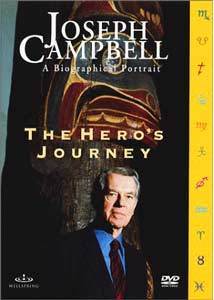 Phil Cousineau was the screenwriter of The Hero's Journey and author of the campanion book of the same name.

Phil Cousineau worked with mythologist Joseph Campbell for several years before his death in 1987. He was co-screenwriter for The Hero's Journey documentary film about Joseph Campbell's life, work and legacy. It won several international awards and was a longtime favorite for PBS viewers. Campbell remains and important influence on Cousineau's work.

Forever Activists: Stories from the Abraham Lincoln Brigade, another film written by Phil Cousineau, profiles seven American veterans of the Spanish Civil War who fought for the Loyalist cause and went on to live long lives of activism and social engagement. Forever Activists was honored with an Academy Award nomination for Outstanding Achievement, Documentary Feature. It also won the Special Jury Award at both the San Francisco International Film Festival and National Educational Film & Video Festival, as well as a Blue Ribbon at the American Film and Video Festival and the CINE Golden Eagle Award. 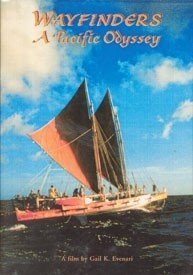 Phil Cousineau's additional documentary film credits as writer / story consultant include the films Earth Wisdom for a World in Crisis, Stealing Home, The Meaning of Tea: A Tea Inspired Journey, Ecological Design: Inventing the Future (narrated by Linda Hunt), Wayfinders: A Pacific Odyssey, Eritrea: March to Freedom, and The Presence of the Goddess (narrated by Isabel Allende).

Gary Rhine and Phil Cousineau worked together on a series of acclaimed documentary films on critical Native American issues, which include: Wiping the Tears of Seven Generations, The Peyote Road: Ancient Religion in Contemporary Crisis (narrated by Peter Coyote), The Red Road to Sobriety, Your Humble Serpent: The Life of Reuben Snake, and A Seat at the Table: Struggling for American Religious Freedom. The widely acclaimed landmark film, The Red Road to Sobriety, was instrumental in the campaign to have Congress overturn the U.S. Supreme Court's 1990 Smith decision, which denied the protection of the First Amendment to the traditional sacramental use of peyote by Indian people. 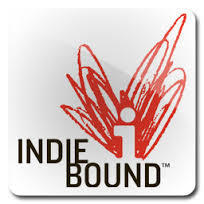 Find or place an order for Phil Cousineau's books at an independent bookstore near you via IndieBound.
Loading…}